"In the 1973 interview, he professed to hate decorating and decorators, social climbing and television commercials. Travel sustained him, as did meditation, film “and, of course, any of the arts.”" 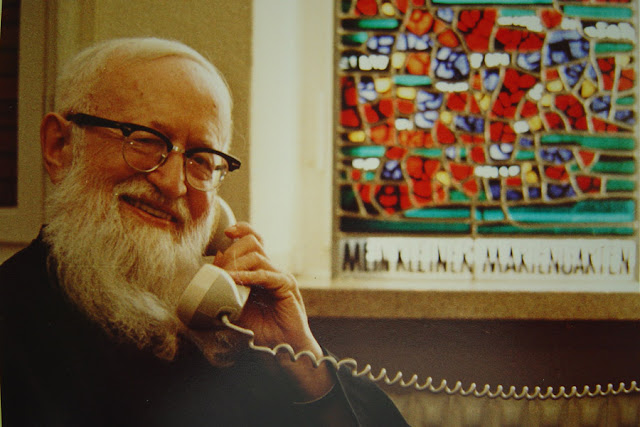 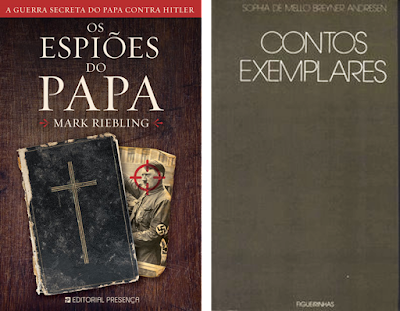 The spirit of wonder that sets our species apart.

no Letters of Note. 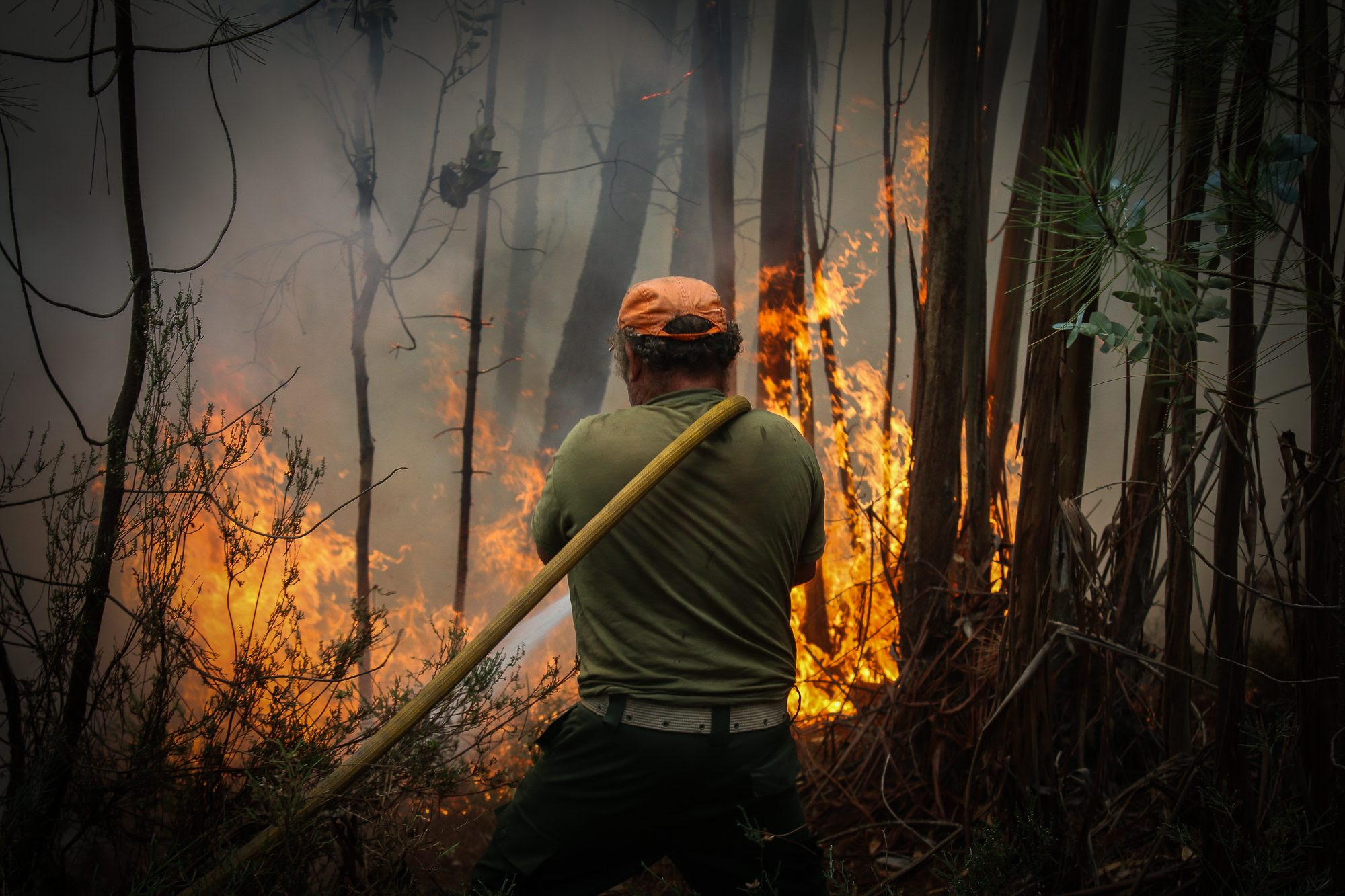 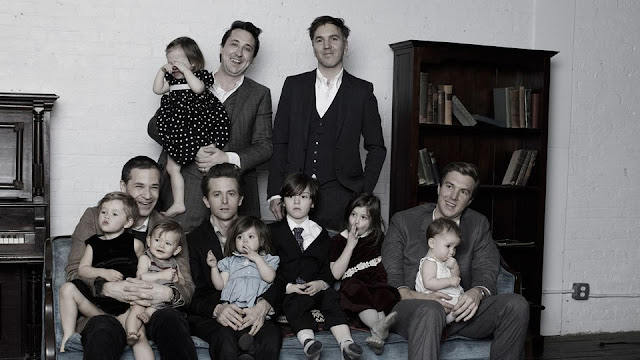 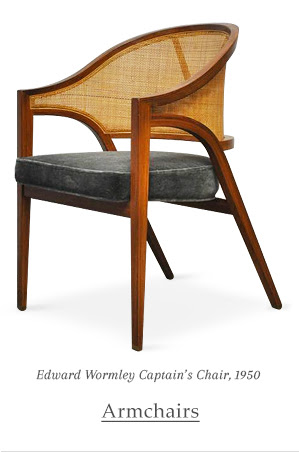 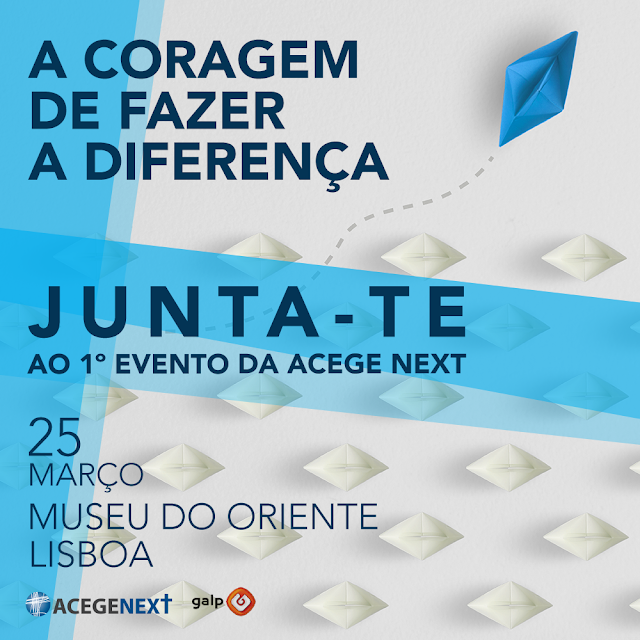 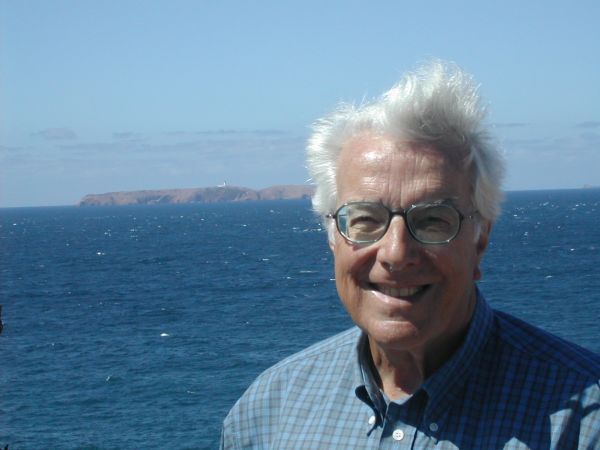 Since France definitively adopted a republican form of government in 1870, ardent Catholics have rarely occupied the Élysée Palace. It’s arguable that only two such people have been president of France: Marshal Patrice de MacMahon (1873–1879) and General Charles de Gaulle (1959–1969). Now, in our supposed secular age, there is a strong possibility that France may elect another devout Catholic as its president: François Fillon.

The 2017 presidential candidate of France’s mainstream center-right party Les Républicains, Fillon isn’t shy about speaking publicly about his Catholic faith. That includes how it shapes his decidedly conservative views on issues like euthanasia and his personal opposition to abortion. Even more remarkable, however, is that many cathos (slang for practicing Catholics in France) worked openly to secure Fillon’s victory over his rivals Nicolas Sarkozy and Alain Juppé during their party’s primaries.

Public and direct activism of this sort by Catholics hasn’t been characteristic of contemporary French politics. Even as serious a Catholic as Charles de Gaulle kept his faith in the background of his public life. Certainly, de Gaulle never hid his Catholicism. During World War II, the general relied heavily on fervent Catholics such as Admiral Thierry d’Argenlieu (a Carmelite monk) and General Philippe Leclerc de Hauteclocque (a prewar Action française supporter) while leading Free France. Several practicing Catholics such as Edmond Michelet (today, a candidate for beatification) served as ministers throughout de Gaulle’s ten-year presidency.

Nevertheless, de Gaulle never forgot that many French Catholics—including Catholic bishops—had supported Vichy after France’s catastrophic defeat in 1940. Nor did de Gaulle support France’s postwar Christian Democrat party, the Mouvement Républicain Populaire. This was partly because de Gaulle resented the MRP’s backing for what he regarded as the Fourth Republic’s flawed constitution. Yet his reservations about the MRP also owed something to de Gaulle’s sensitivities about Catholics participating as Catholics in political life. In his 2011 book Charles le Catholique, Gérard Bardy stresses that de Gaulle wanted to avoid being perceived as compromising the republic’s commitment to laïcité—the notion that the state should be neutral about religion and free from religious influences—so much so that he usually refrained from receiving Communion when attending Mass in any official capacity.

So what has changed? How has it come to pass that movements of young and politically active Catholics such as the Sens Commun were able to openly mobilize center-right voters to support the forthright Catholic Fillon against the self-described catholique agnostique Juppé during the primary runoff? Why did Fillon, Juppé, and Sarkozy all consider themselves obliged to appeal directly to practicing Catholics during the primaries? Is France experiencing what might be called its own Catholic moment?

As with most developments at the confluence of religion and politics, immediate concerns and long-term factors are at work. Among the former is deep angst throughout French society about Islam, something accentuated by Islamist terrorism and the spread of Muslim-dominated “no-go” areas for non-Muslims throughout France. As the Catholic intellectual Pierre Manent demonstrated in his bestselling Situation de la France (2015), many French citizens are consequently asking one of those existential questions beloved by the French: What gives France its distinct character? Some, including many nonbelievers, have concluded that France really cannot be understood without Catholicism, and that the legacy of the Enlightenment and French Revolution has not provided much of a bulwark against creeping Islamization. Fr. Jacques Hamel’s brutal murder by two Islamist terrorists in July 2016 underscored this in a particularly poignant way for many French Catholics, and no doubt for Jews, Protestants, and nonbelievers as well.

Mainstream conservative politicians aren’t blind to these concerns. But Fillon also recognizes that emphasizing his Catholicism can draw voters away from one of his major rivals: Marine Le Pen, head of the hard-right Front national. The FN’s unabashedly nationalist line on political and economic issues has capitalized upon worries about Islam and deep dissatisfaction with France’s political elites. Fillon’s references to his conservative Catholic views and the Church’s place in forging French identity, however, now draw attention to the FN’s rather secular character, which is more nationalist than Catholic. With the exception of Marine Le Pen’s niece, Marion Maréchal-Le Pen (another practicing Catholic who talks openly about her faith), the FN’s leadership was noticeably absent from the large demonstrations, mobilized by the Catholic-led movement La Manif pour tous, against the Socialist government’s legalization of same-sex marriage in 2013. In recent months, the FN has also blurred its once strong stance against abortion. Fillon has thus positioned himself to attract support from some of the ardent Catholics who, exasperated by the secularism and EU-philia of French elites, have shifted their allegiance to the FN in recent years.

Beyond immediate political considerations, the role played by les cathos in Fillon’s primary victory reflects developments within French Catholicism underway for some time. Following Vatican II, many French Catholics adopted an accomodationist stance toward society and politics. In practical terms, this “Catholicism of openness” meant flirting with notions such as Catholic-Marxist dialogue and adhering to positions conventionally described as “progressive” on matters ranging from liturgy to economics. Those questioning these trends, including the Jesuit theologians Henri de Lubac and Jean Daniélou, both of whom had played important roles during the Council, often found themselves marginalized.

By the early 1980s, it was obvious that progressivism could not reverse Catholicism’s visible decline throughout France, and may have been contributing to it. Yet at this low point for the Church, some extraordinary leaders emerged, most notably Cardinal Jean-Marie Lustiger. A teenage convert from Judaism whose mother was murdered in Auschwitz, Lustiger was elevated by John Paul II, first to the See of Orléans in 1979 and then, just two years later, to the Archdiocese of Paris. Known by friends and foes as le bulldozer, Lustiger turned Parisian Catholicism upside down. Among other things, he created his own seminary, supported the numerous lay movements that proliferate in France, and started his own television station. Lustiger was determined to shake French Catholics out of the mindset of managed decline.

Lustiger also made the Church visible in France’s public square. He encouraged lay Catholics, who were as uninterested in progressive accommodationism as they were put off by Lefebvrist intransigence, to participate in public debates. Lustiger did not hesitate to comment regularly and creatively on issues of the day. Sometimes this led to surprising results. After leading the Church’s successful resistance to the Socialist government’s effort to diminish the autonomy of Catholic schools in the early 1980s, Lustiger developed a good relationship with President François Mitterrand. An agnostic from a traditionally Catholic family, the socialist Mitterrand respected Lustiger for his integrity, convictions, and intellect.

Lustiger, and many of those who became priests (often known as génération Lustiger) during his time as French Catholicism’s public face, gave the Church presence in French society. Many of these men are now bishops: Dominique Rey in Fréjus-Toulon, Olivier de Germay in Corsica, Marc Aillet of Bayonne, the Paris auxiliary Éric de Moulins-Beaufort, the military bishop Luc Ravel, to name just a few. They come from professional families, and invariably possess credentials from France’s elite secular educational institutions as impressive as their counterparts in academia, business, and politics. These bishops are what the French call décomplexé. That means they are unintimidated by secular France and do not feel the need to acquiesce to the dwindling band of progressive Catholics and their views about how practicing Catholics and the Church should behave. In 2015, for example, Bishop Rey provoked controversy by inviting Marion Maréchal-Le Pen to speak alongside representatives from other parties in a discussion about Catholics in public life at his diocese’s summer university. In his response to criticisms, Rey pointed out the obvious: You can hardly have a serious conversation about Catholics in politics and exclude representatives of a political party which regularly receives millions of votes in France.

These génération Lustiger bishops, the priests they have formed, and their lay Catholic equivalents in leadership positions refuse to behave in accord with the expectations of the heirs of Voltaire and Rousseau who have been running French culture since the end of World War II. This independent and self-confident spirit helps explain the resilience of La Manif pour tous, which was more effective in mobilizing public opinion than pro-marriage groups in the United States, in large part because of its ability to put hundreds of thousands of people into the streets of Paris, many of whom are not Catholic. It was only a matter of time before this type of Catholic activism spilled over into party politics. Fillon’s ascendancy indicates that this time has arrived.

This does not mean that les néocatholiques, as the French press calls them—the Sens Commun’s formidable Madeleine de Jessey, the Manif pour tous’s president Ludovine de La Rochère, convert-intellectuals like Fabrice Hadjadj, or media-savvy priests such as Pierre-Hervé Grosjean, Pierre Amar, Guillaume Seguin, Antoine Roland-Gosselin, and others—dominate the French Church. A traditionalist Lefebvrism continues to exert a strong influence. Nor is it difficult to find “low-energy Catholicism” throughout France (or elsewhere in the West, for that matter).

Still, something has changed in French Catholicism. It is alive in ways one does not see in neighboring Germany, Belgium, or Switzerland. Conceptions of what it means to be a faithful Catholic in the French public square are light-years ahead of the awkward diffidence that characterized many politically active Catholics in previous decades. The hitherto-dominant secularist understanding of laïcité, it seems, is receiving a comeuppance from part of France from which it was never expected. Vive la différence!

Samuel Gregg is research director at the Acton Institute.
0 coisas. 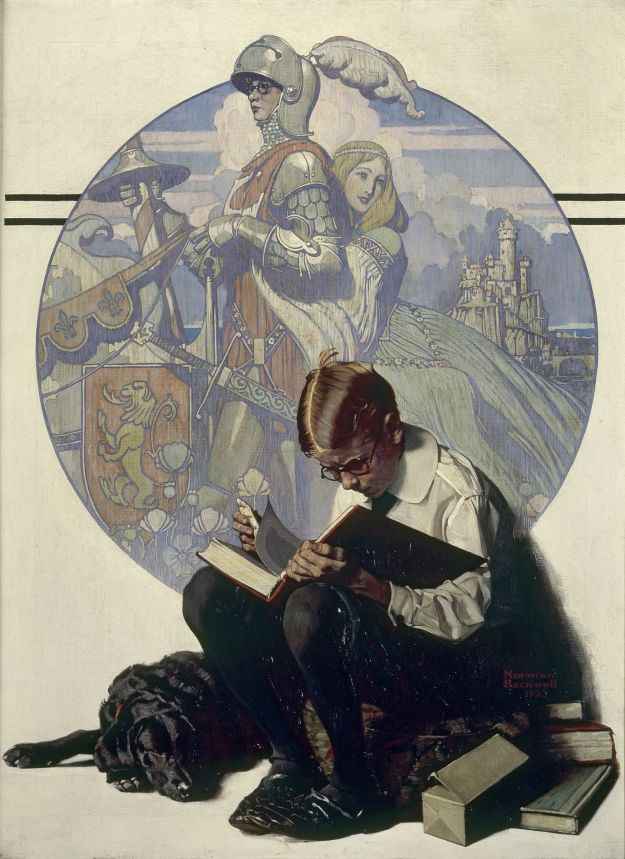